There are many different options when it comes to the recording equipment. One advice I got from Graham Goode when I started out was to use what you have readily available and then only buy what you find that you need.

The samples for old GrandOrgue 0.2 could at the most be 16 bit and 44.100 Hz samplerate (PCM wav) and that is an indication that your recording should at least be of that quality. There are advantages of using higher bit rates and samplerates though, so if your equipment allow it consider using higher quality settings. Especially to use 24 bit instead of 16 is advantageous. Nowadays GrandOrgue can handle 8, 16, 24 and 32 bit samples with samplerates from 22 kHz to 96 kHz, but still 44100 or 48000 is preferred as final samplerate to use. Your recording can have higher values though as this will be advantageous when you're working digitally with the sample in the computer. 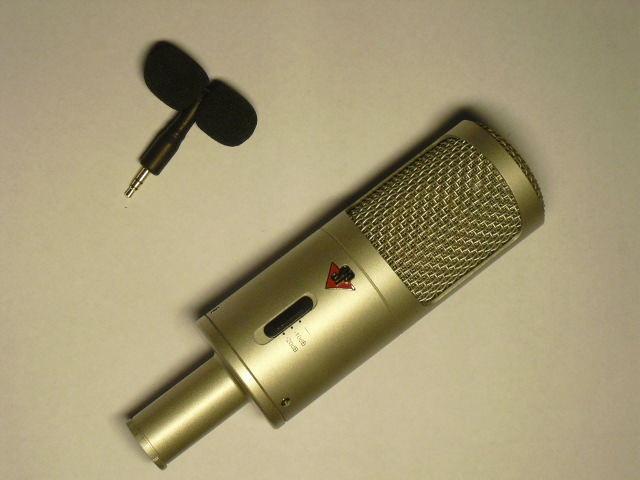 The microphones are the first link in the chain to receive the sound waves. Condenser microphones are the best to use but many times require power (either phantom or batteries). There are several polar patterns to select from, most interesting will the omni and cardioid be. Professional organ recordings almoast exclusively use omnis, since they have better bass response at larger distances. Anyway, you want the frequency response to be as great as you possibly can afford, 20 to 20.000 Hz should be a considered ample if you intend to record 16 foot pipes.

Personally I've used the enclosed T-mic that came with my M-Audio Microtrack II handheld recorder and later I upgraded to two Studio Projects B1 microphones. But for you with more money to spend there are of course many much more exclusive options (like the DPA 4006). Preferrably the microphones should be matched if you are recording in stereo. 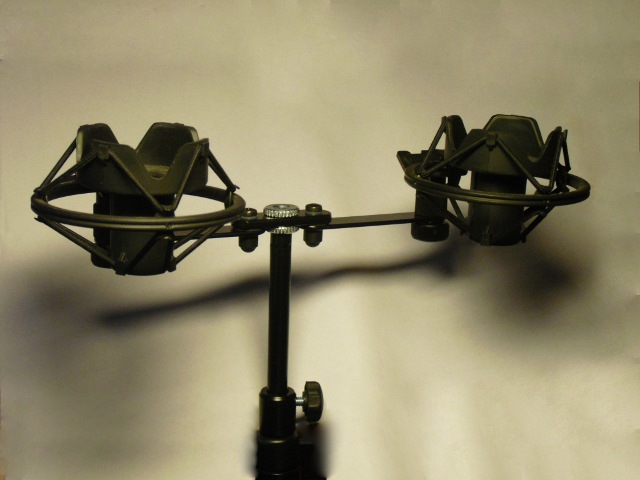 You'll need stand(s) for the microphones also. Depending on the organ you intend to record, they must be of ample height. I nowadays have one mic stand that's extendable to more than 6 meters (a K&M 20811 base with a K&M 21231 boom arm) and use a mic mount that I can have two mics mounted on in different (temporarily fixed) positions. I've also used two normal mic stands when recording instruments where I didn't need to get the microphones so extremely high up (the larger stand is quite heavy).

The cables for any external microphone should be of good quality. Many times the connectors are of the XLR type. At least for the Microtrack one needs balanced cables. Always keep the cables away from power cables when recording. 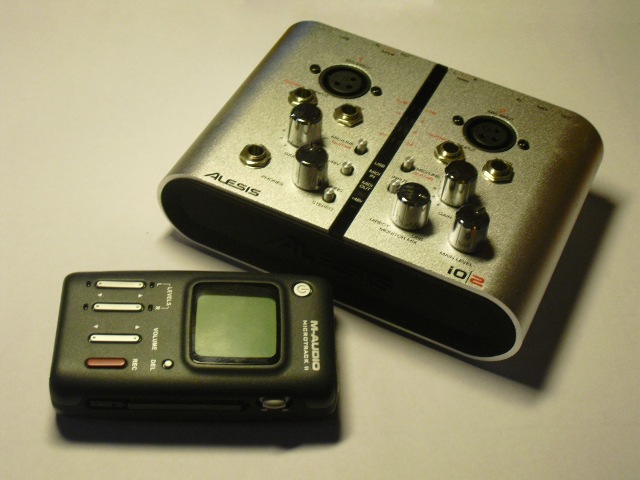 Recording interface/device. Here there are many options. With a good quality soundcard, or audio interface, it's possible to record directly into the computer. On the Kalvträsk Church sample set I did just that (with a Alesis iO2 at 24/48). If you have separate pre-amps of good quality that's also an option, as is a separate mixer, both usually can supply phantom power to the condenser microphones.

Most laptops sold today are perfectly capable to record audio without the need to be of the top-end class. Consider well what software you are going to use though. Recently I've discovered that some versions of Audacity actually introduced more noise to the file when it was exported as a wav (when resampling with dither, if dither is set to none then it exports ok so be careful with the settings!), but with careful use it's a great and versatile software to use once you learn to use it.

There's also a possibility of using small handheld recorders, like for instance the M-Audio Microtrack II which I own. They are very portable and quick to setup and use. But at least with the Microtrack it runs on battery (it's re-chargeable and cannot be easily exchanged by the owner though I've myself replaced the original battery with one designed for an iPhone) which is drained pretty quickly when using phantom power. It's not possible to use the Microtrack when it's charging as pulses from the current will make it's way into the recording. To extend recording time I use a usb power pack that does not add any noise at all. A more recent product that looks very promising is the Zoom H4n which I've tested a little. The H4n can record in different modes and also use current from the wall sockets without any problem. The Zoom would be my current choice if I didn't already have the Microtrack, though I admit that I've been looking at the Tascam DR-680 too.