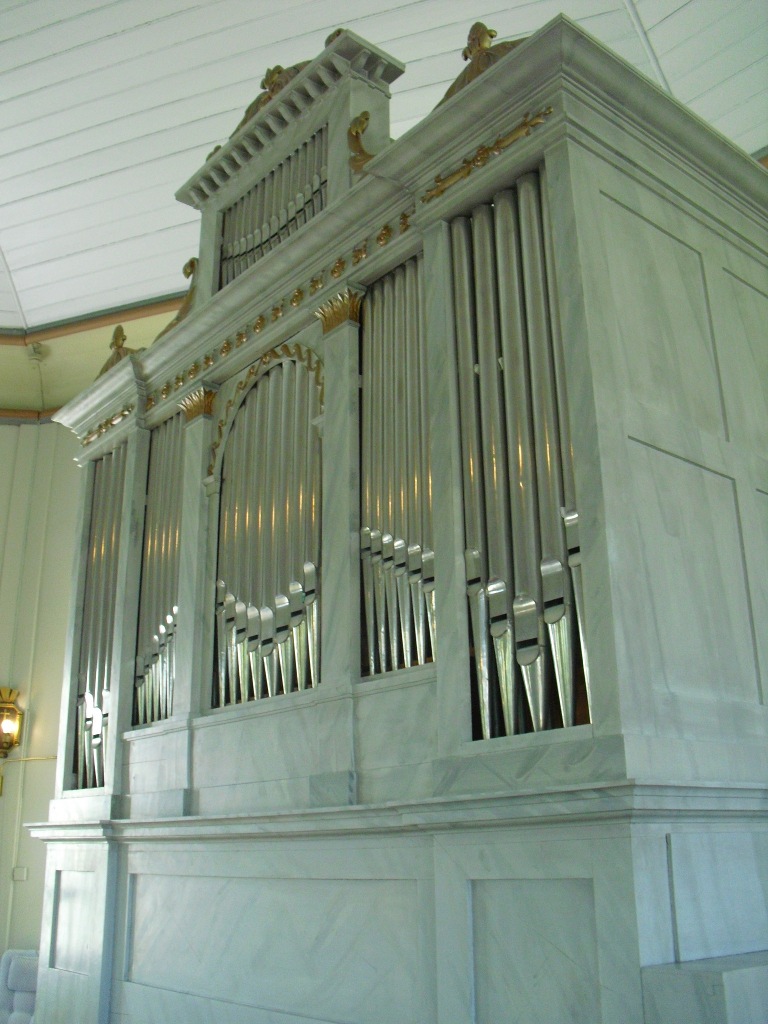 The organ was built in 1839 by Per Zacharias Strand (Stockholm) originally for the church in Burträsk, Sweden. Around 1903 there was a new organ built for Burträsk and Kalvträsk was given the old Strand organ. P.Z. Strand was a highly regarded craftsman and artist of his time. His organs are of high quality and could be classified as Classical approaching the romantic tone.

Luckily the organ survives (mostly) in it's original state, except for an electrical blower installed. Only conservatory maintenance has been performed by organbuilders in recent times.

The recording of the samples was done in September 2010 by Lars Palo with a Alesis iO2 audio interface, Audacity 1.3 from a laptop and two Studio Projects B1 condenser microphones. The recording settings were stereo 24 bit and 48000 Hz samplerate, which also is the current sample quality.

This sampleset is created by Lars Palo, current version finished 2013. Images made by Lars Palo in July 2010 and later modified in GIMP for the GUI console screen. Noise reduction of the samples was made with Nick Appletons Noise Reduce software.

The original (and present) specification of the organ is: 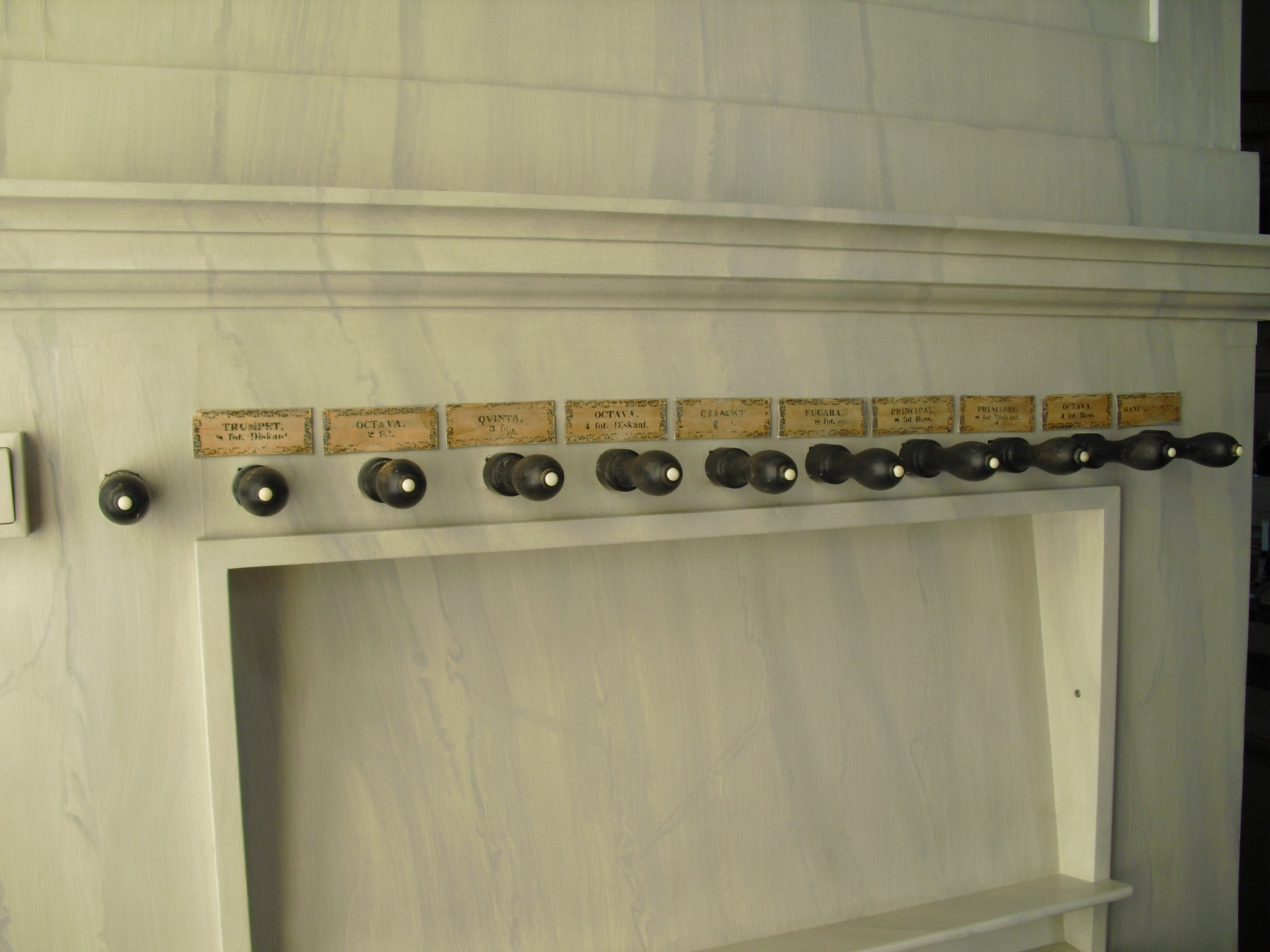 The console is placed on the left side of the organ and the stops appear over the music stand in the order that they are placed on the windchest. The divisions of the Trumpet, Principal 8 and Octava 4 are most likely done from an organbuilders technical point of view for convenience and not the players musical.

The orginal version is as recorded, except for the Trumpet which is tuned to the Octava 4' as is the practice in real life. But any temperament may be chosen in GrandOrgue as the pitch information is embedded in the samples.

Beside the original specification there's a two manual and pedal extended version with samples recorded from another organ in the typical Swedish late romantic style. The extended specification is inspired by the same organbuilders work in Karlskrona Trefaldighetskyrkan (from 1827) and his masterpiece in Lunds cathedral. 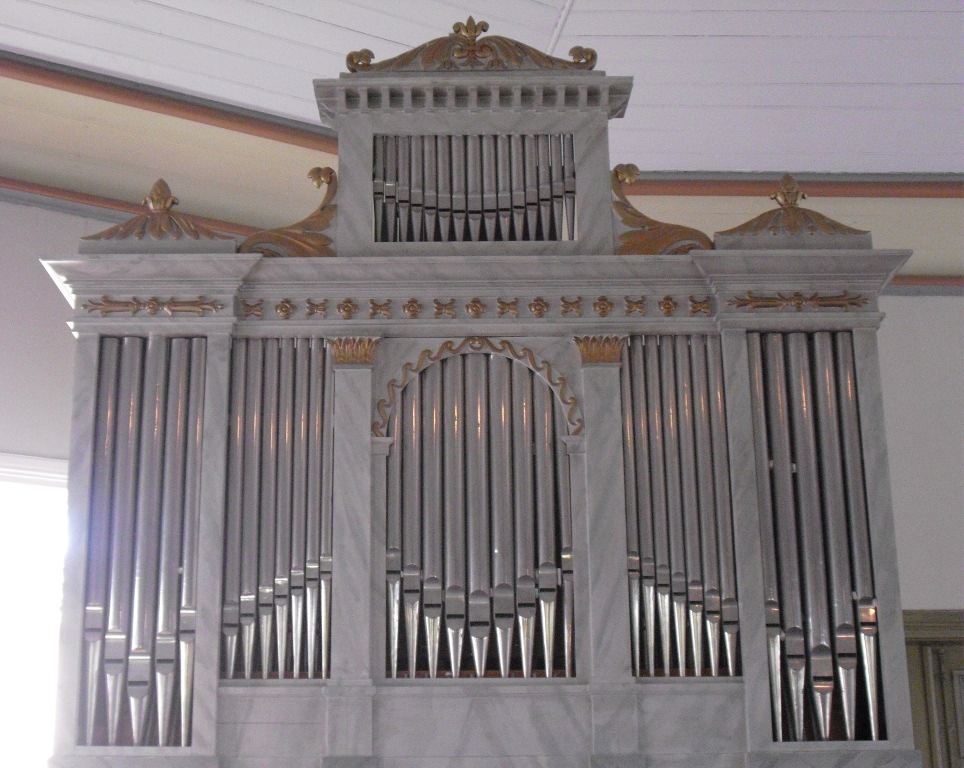 Pipes in the facade partly from Principal 8' and Octava 4' 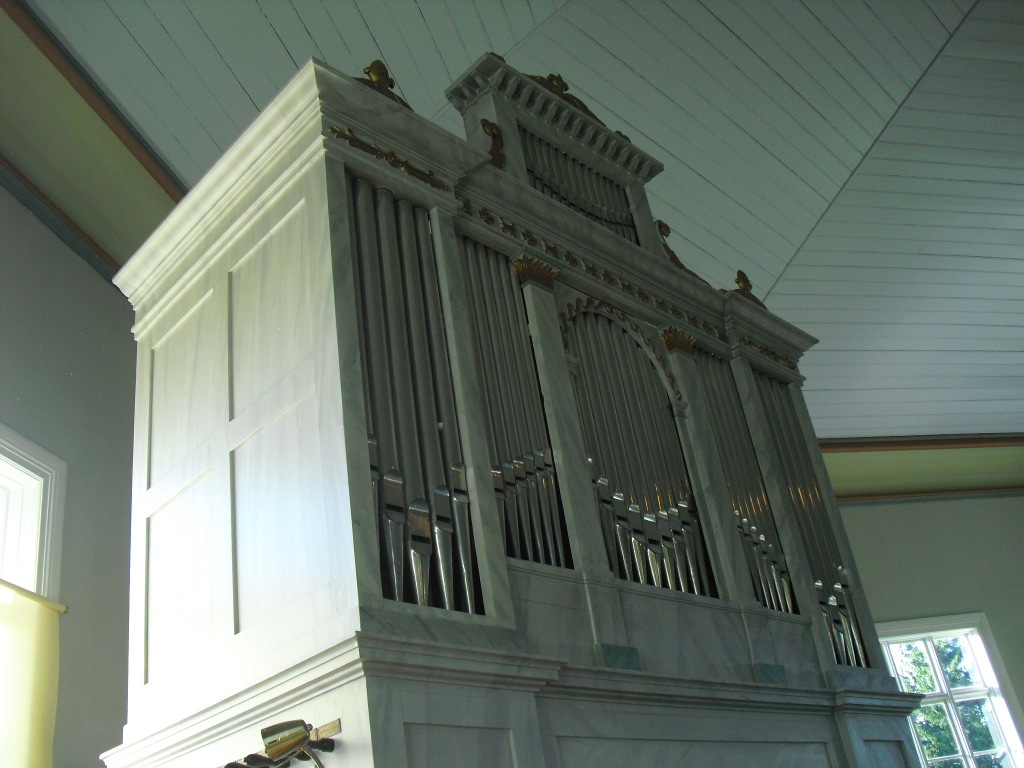 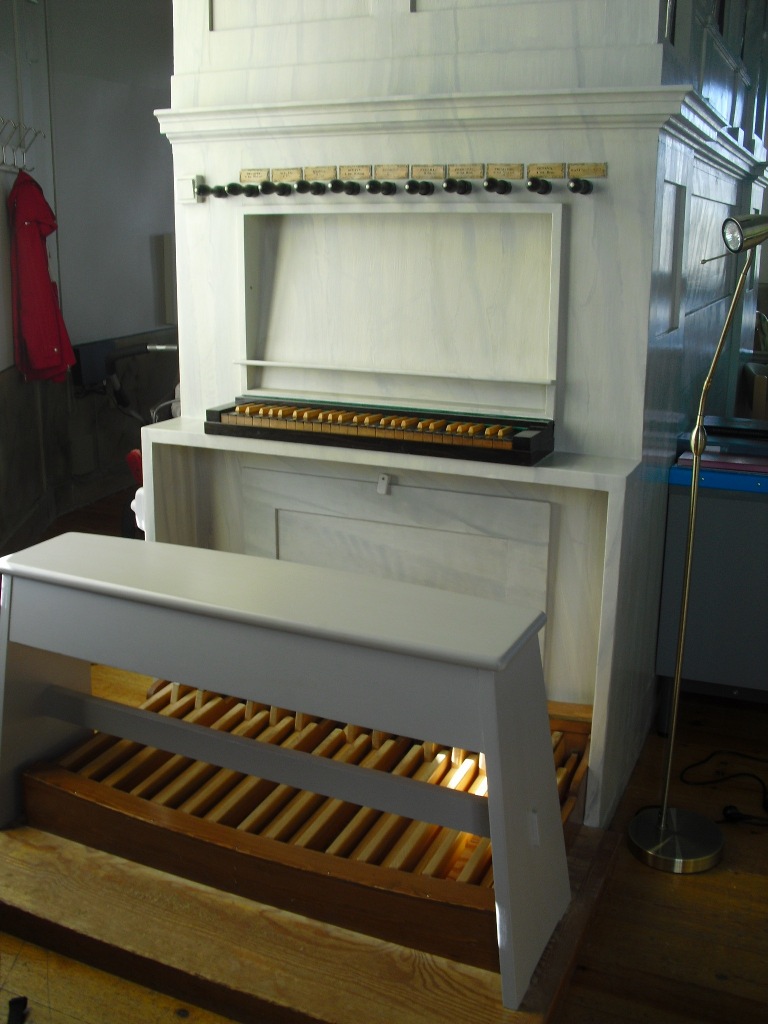 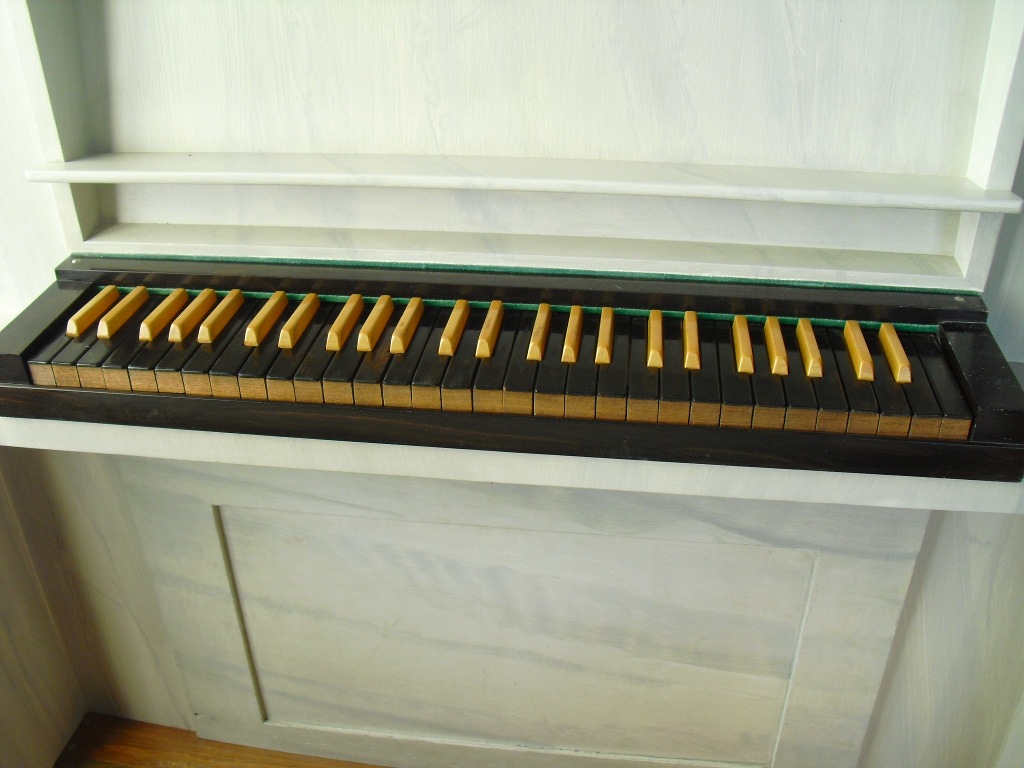 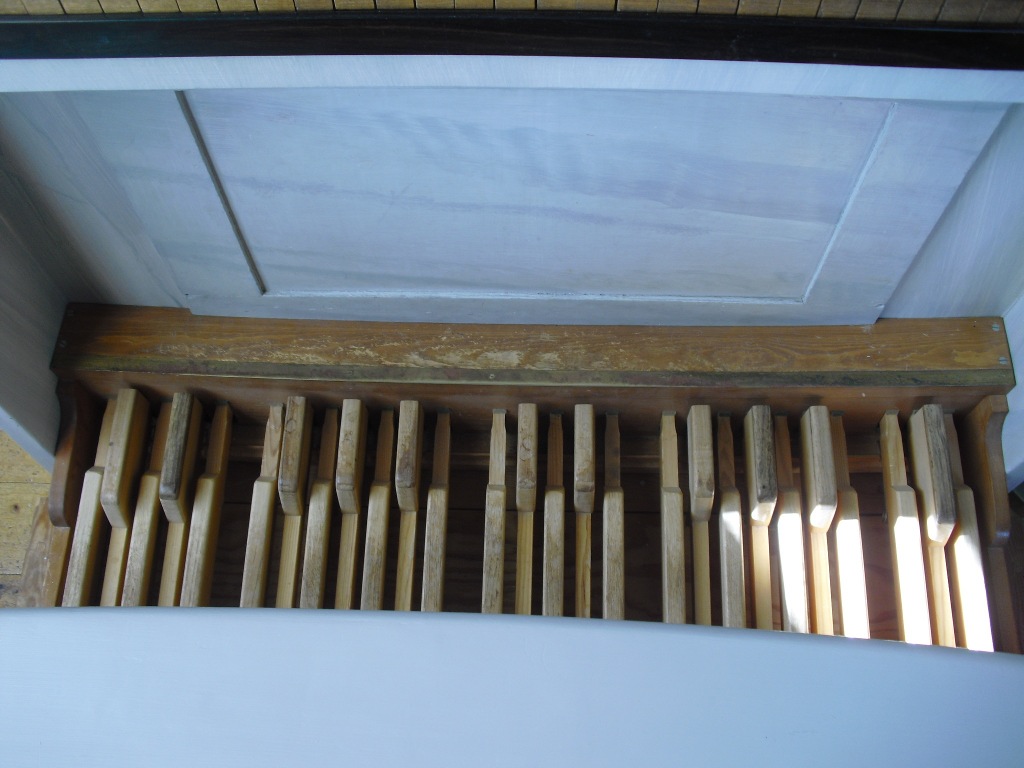 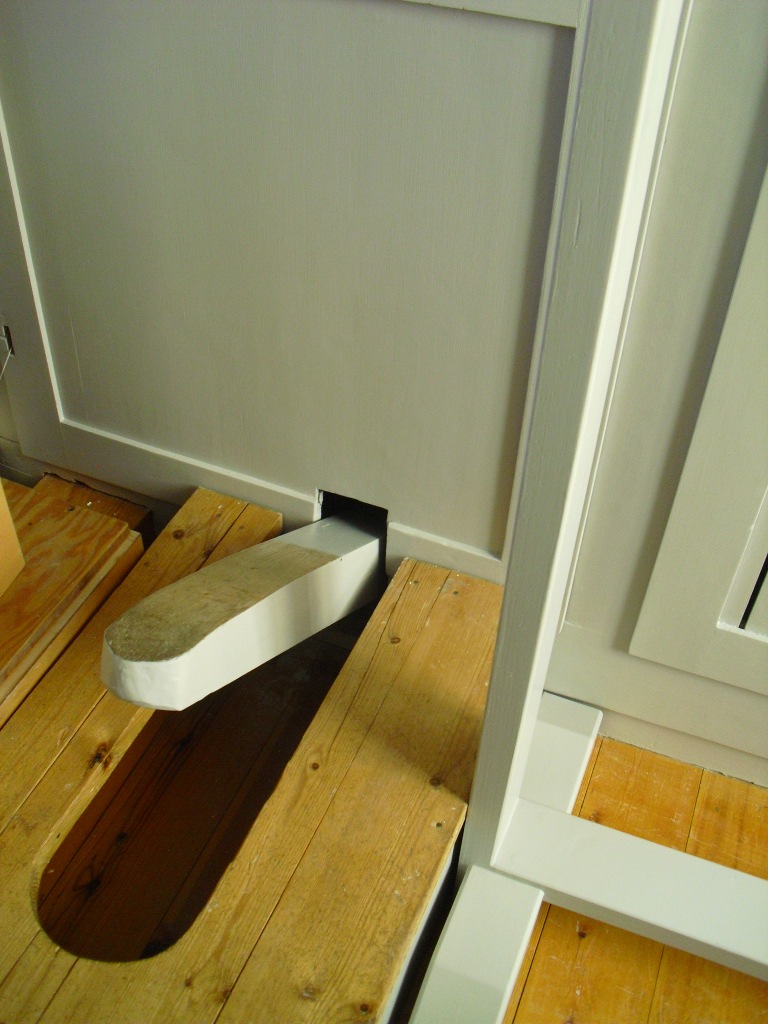 The original foot lever for feeding the bellow is still functional. 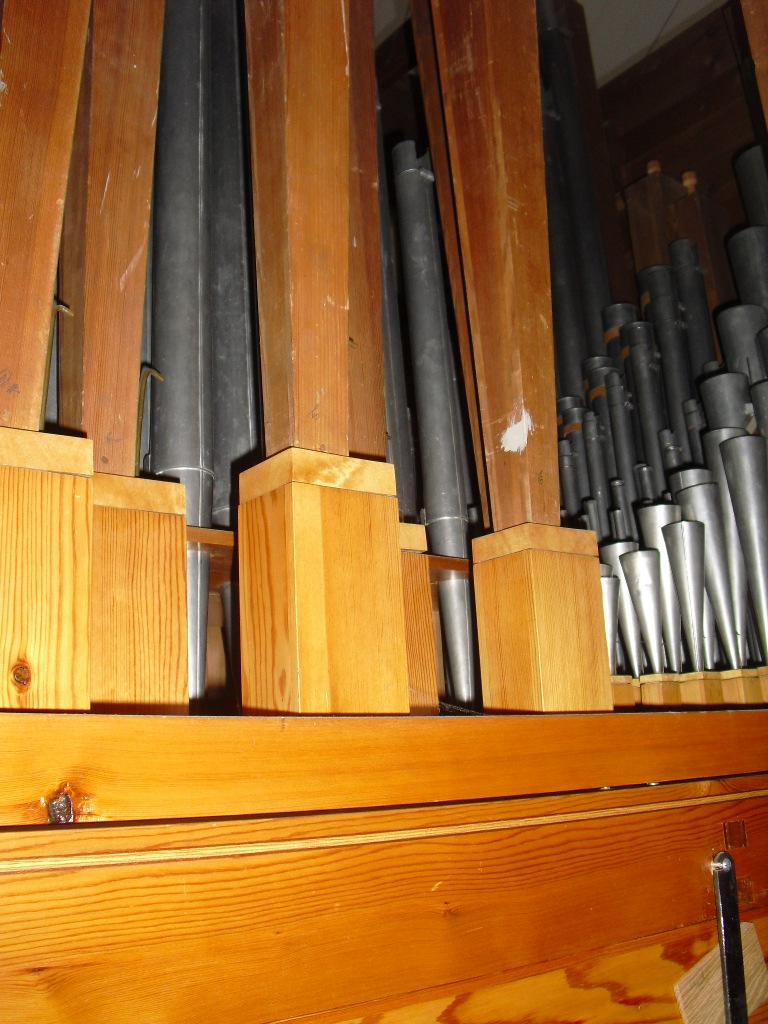 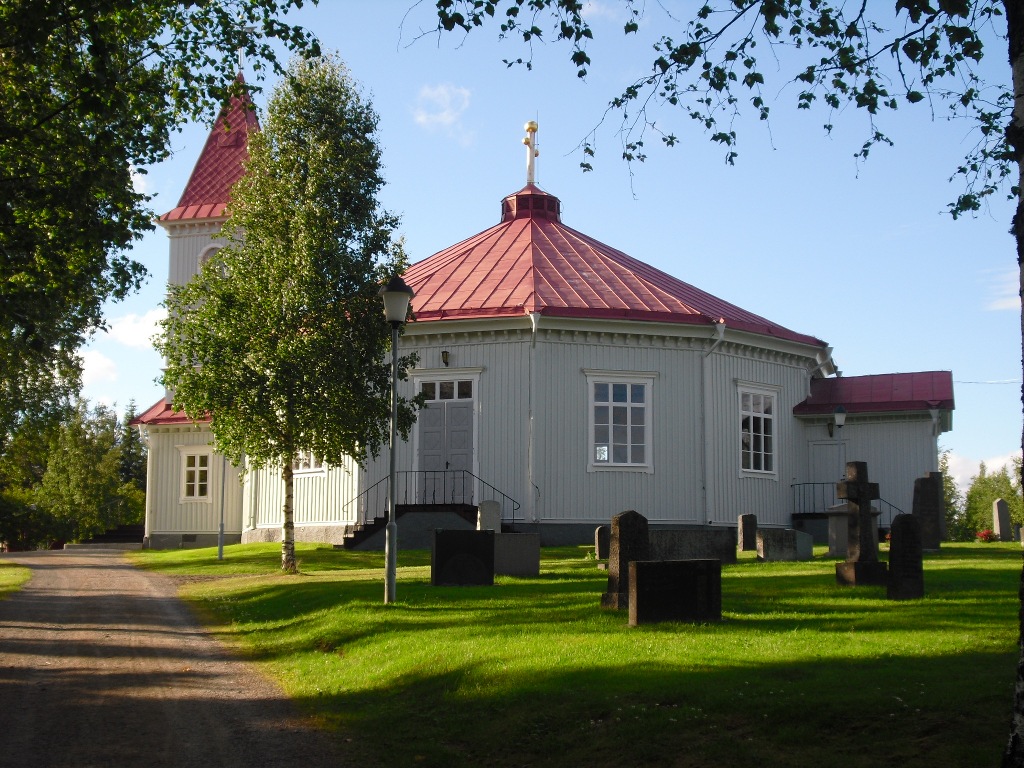 Beautiful view from the entrance of the church area. 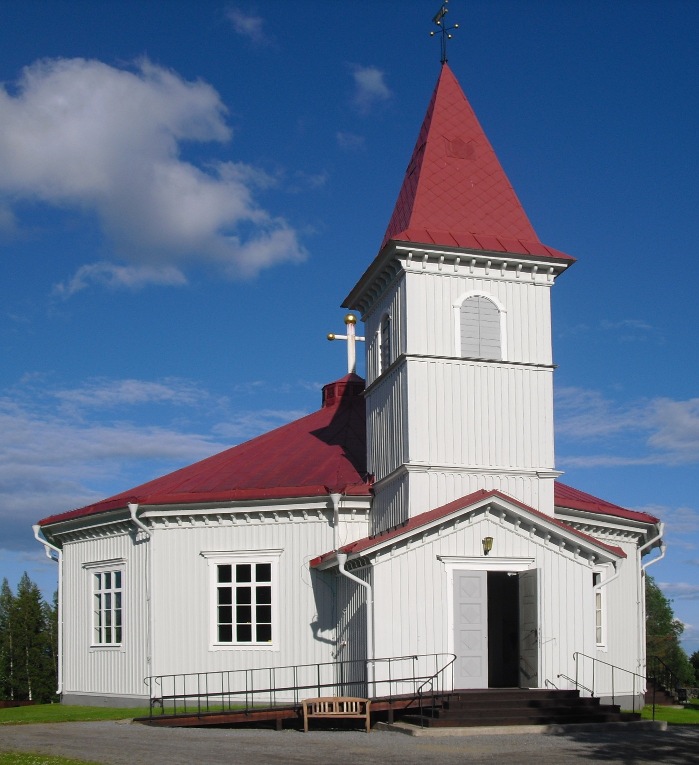